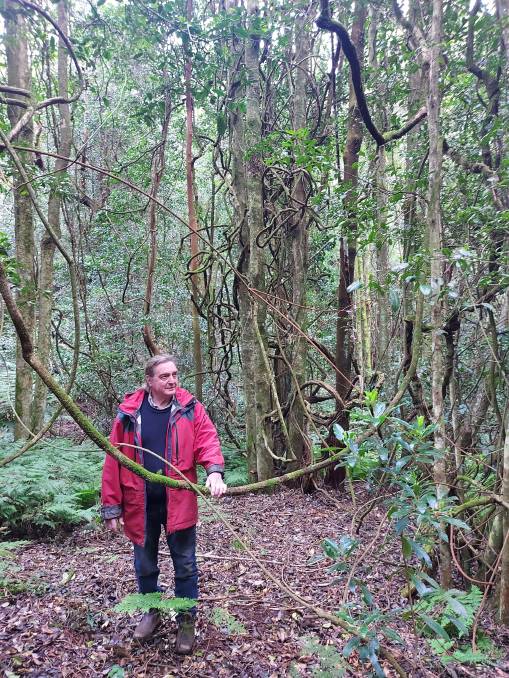 The ardent environmental efforts of Mt Irvine’s Allen Hyde are being lauded in a new book by a former Sydney Morning Herald journalist.

Allen Hyde, 74, has founded the Rainforest Conservancy with a small grant from Blue Mountains Council and is restoring rainforest in the gullies on his, and nearby properties, in the northern outpost of the Blue Mountains.

After seeing the disaster up close as a Rural Fire Service firefighter with 20 years experience, his plan is to create a bushfire buffer. His wish is for his community to give over 10 per cent of their land to rainforest to save the town from future bushfires. There are people in nearby villages like Mt Wilson, Mt Victoria and Bell who are interested.

The retired engineer is being celebrated in Together We Can, a new book by Claire O’Rourke who works as a climate activist. It was launched on September 11 in Katoomba at the inaugural Festival of Resilience.

In the book O’ Rourke talks to everyday Australians about ways to take positive action on climate change and planetary health. It follows widespread community concern over climate change that has escalated since the Black Summer fires in 2019/20 and the series of severe global weather events that have followed.

Hyde, a deputy captain with Mt Wilson/Mt Irvine brigade, says his multi-generational mission is to repopulate the rainforest with lilli pilli, sassafras, coachwood, Australian red cedar, mountain ash and turpentine. He has already planted more than 200 tiny plants on his 50 acre property.

“If we can re-rainforest 10 per cent of Mt Irvine that’s a major step .. and some people may want to go further,” he says.

As Hyde tells O’Rourke in her book:

“When we walk into the rainforest on our property, you feel the moisture just hit your face, even when it’s a blistering day outside. You also feel the dramatic temperature drop; it is a wonderful thing.”

“We know from what happened last time, and in other times, if there’s enough moisture in the ground and in the rainforest, it is the best protection against fire that we can possibly have.”

O’Rourke says a century of logging and clearing left the country parched so that when the Mount Wilson Road back-burn (which fed into the Grose Valley fire) took hold in mid-December 2019, many of the remnant scraps of the Mountain’s rainforest burned. The Black Summer fire burnt for more than 53 days and impacted 80 per cent of the World Heritage-listed region.

Hyde says so far five landholders from the 40 blocks in Mt Irvine have agreed to reforest with rainforest. The project has started small, but can be scaled up and self-sustaining, so other communities can pick up the idea.

“We can transplant little plants that come up naturally … and harvest at the edge of grass. The second thing is we have a nursery in the Hawkesbury region – we collect seeds up here that are native to Mt Irvine and they grow them out because they have grants to grow them – saving us thousands.”

He has plans for a rainforest app.

O’Rourke says Australia is now on the frontlines.

“It’s going to take a massive, all-hands-on-deck effort to turn this around, and it can be overwhelming thinking about where to start.”

The communications specialist has been a national director of community-led renewable energy advocacy organisation Solar Citizens and also worked for Amnesty International Australia.

The book is published by Allen & Unwin. Half the royalties from the book will go to Groundswell, a home-grown organisation supporting climate action. 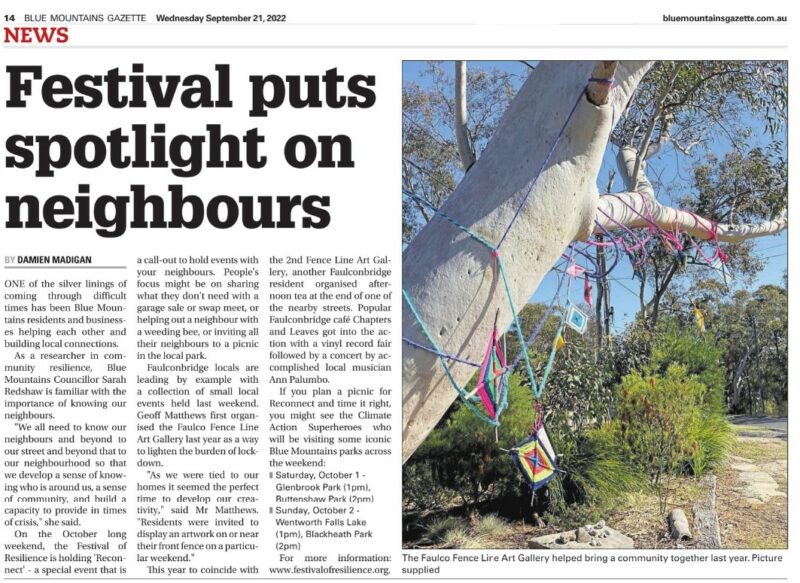 In the press – Festival puts spotlight on neighbours

Published in the Blue Mountains Gazette 21 September 2022: By Damien Madigan One of the silver linings of coming through difficult times has been Blue Mountains residents and businesses helping each other and building local connections. As a researcher in community resilience, Blue Mountains Councillor Sarah Redshaw is familiar with the importance of knowing our 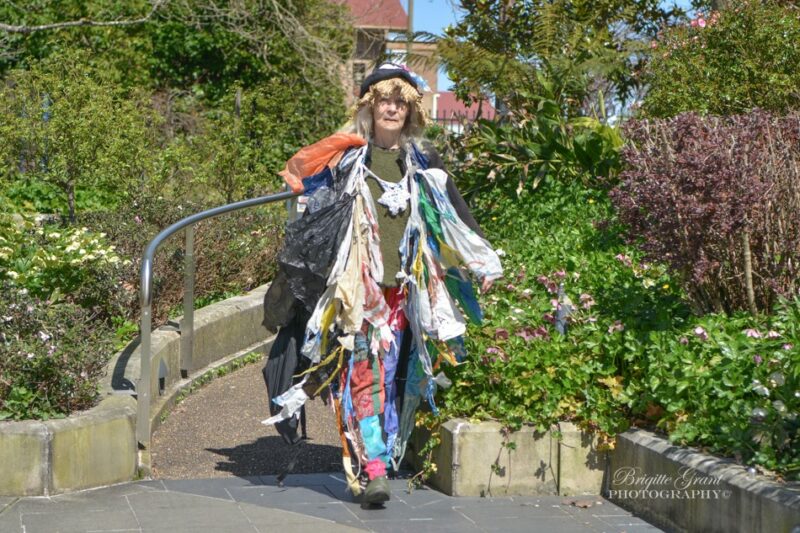 Gday again all, this is me Baglady reporting on week 1-to-2 of the Festival of Resilience.   Remember, we want to spread the word far and wide (Blue Mountains first of course, only 73,000 people), SO: We need YOUR photos and messages about anything you’re doing, have done, or will be doing, during the Festival. Send to us

Published on the Blue Mountains Gazette online 12 September 2022: The ardent environmental efforts of Mt Irvine’s Allen Hyde are being lauded in a new book by a former Sydney Morning Herald journalist. Allen Hyde, 74, has founded the Rainforest Conservancy with a small grant from Blue Mountains Council and is restoring rainforest in the

The Festival of Resilience recognises that Dharug and Gundungurra Traditional Owners have a continuous and deep connection to their Country and that this is of great cultural significance to Aboriginal people, both locally and in the region.

Always was, always will be, Aboriginal land.

Seed funding for the Festival of Resilience has been provided through the NSW State Government Bushfire Community Recovery and Resilience Fund.